The Angel of the City 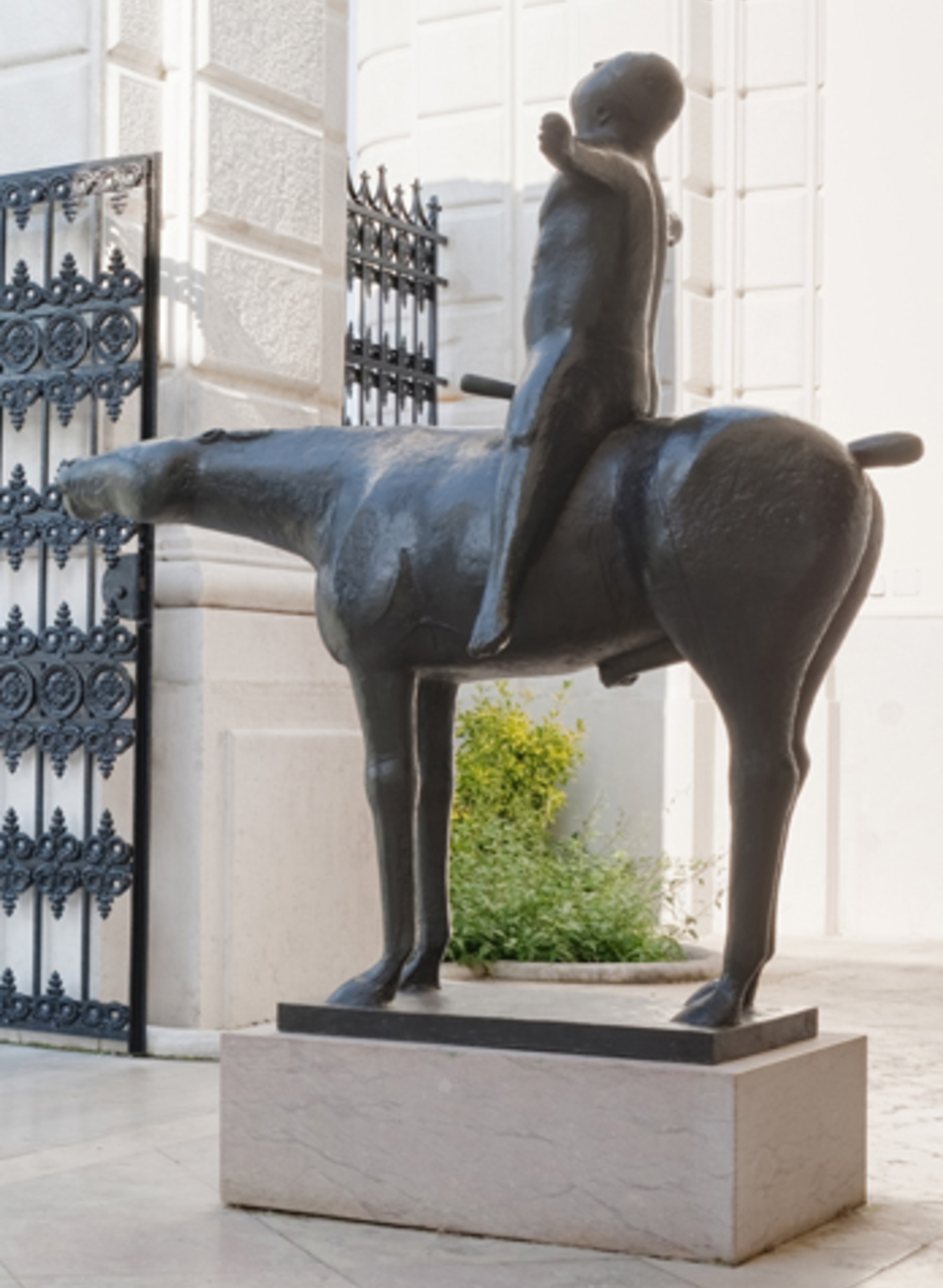 By interpreting classical themes in light of modern concerns and with modern techniques, he sought to contribute a mythic image that would be applicable in a contemporary context. The evolution of the subject of the horse and rider reflects Marini’s personal response to that changing context. The theme first appears in his work in 1936, when the proportions of horse and rider are relatively slender and both figures are poised, formal, and calm. By the following year the horse rears and the rider gestures. In 1940 the forms become simplified and more archaic in spirit, and the proportions become squatter. By the late 1940s the horse is planted immobile with its neck extended, strained, ears pinned back, and mouth open, as in the present example, which conveys affirmation and charged strength associated explicitly with sexual potency.

The Angel of the City