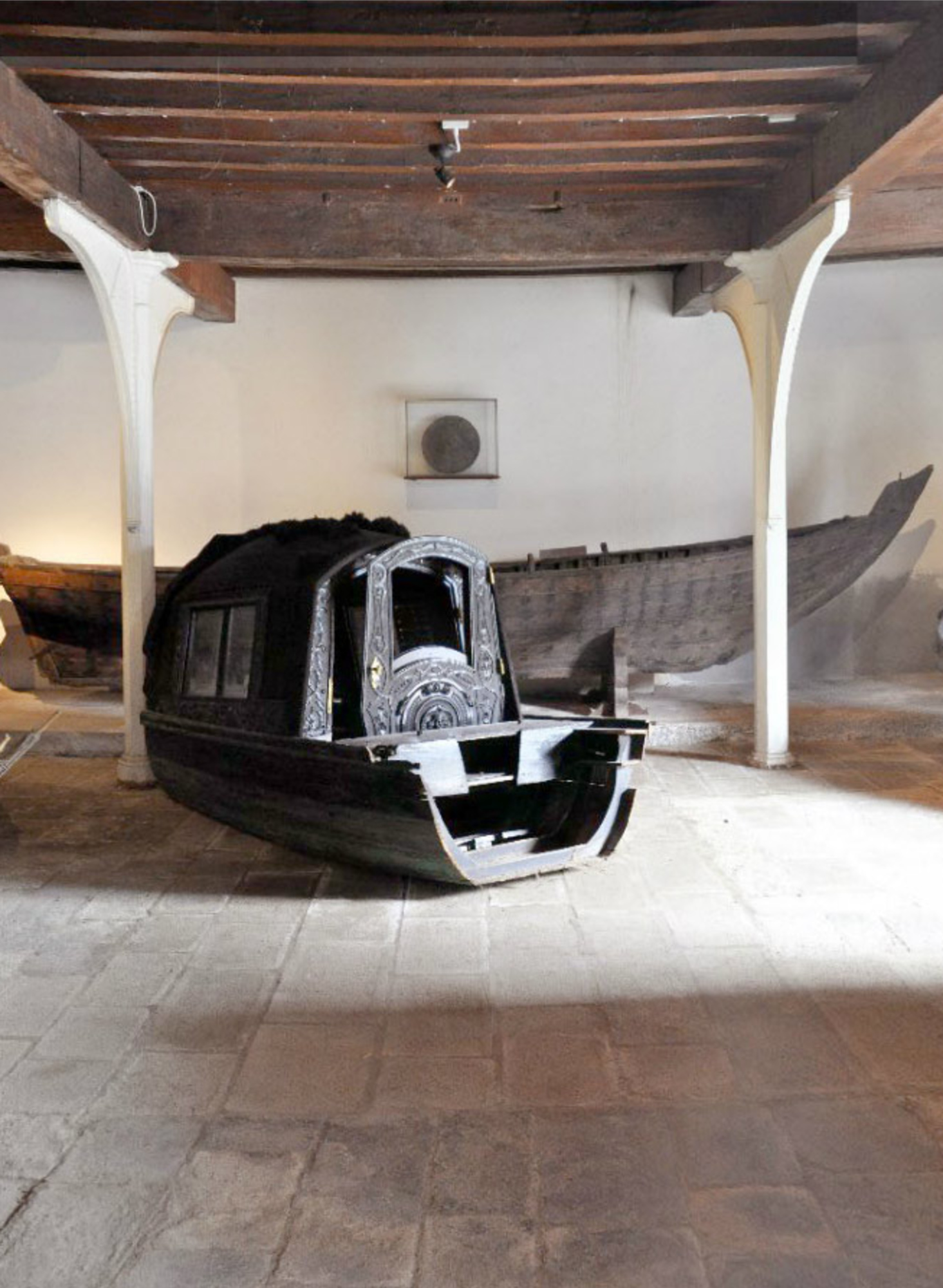 The building was built in the mid-sixteenth Century as an oars workshop and storage facility. Shortly after its completion in 1577, it was temporarily adapted to house the Great Council, the main government body of the city, following the disastrous fire that had destroyed much of the Palazzo Ducale, making it useless for a long time. The rooms basically retained their function of specialized workshop for the production of oars, supported by a blacksmith workshop and storage spaces, until the mid-nineteenth Century. Since 1980, the area of the oars workshops has been known by the name of Ships Pavilion. It houses vessels of great historical importance as an annex of the Naval Historical Museum.