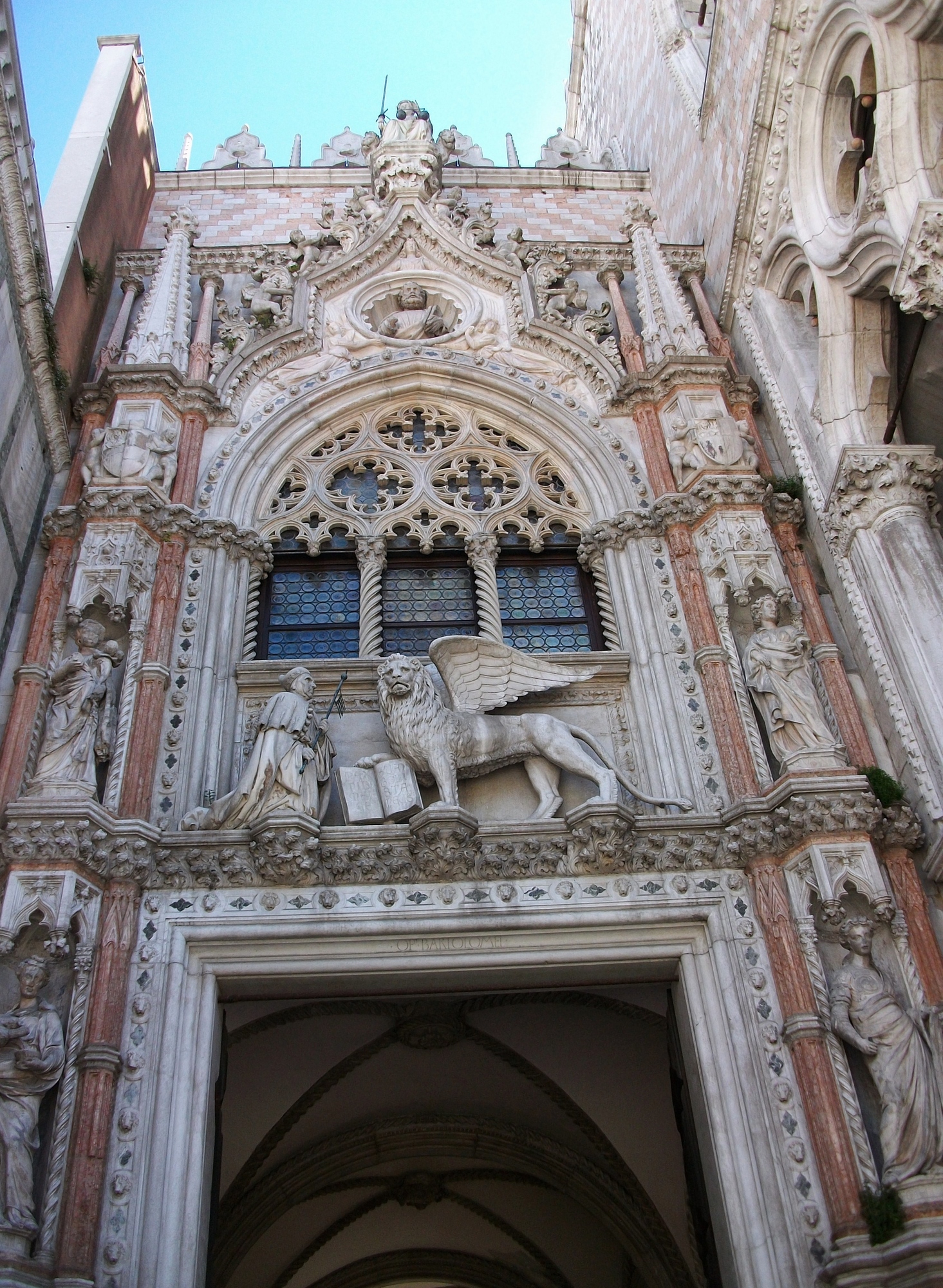 The door stands between the Palazzo Ducale and the Basilica di San Marco and owes its name (Door of the Paper) to the fact that new laws and decrees were posted on the door or that the state archives were housed nearby. It is the monumental entryway to the building and was created between 1438 and 1442 by Bartolomeo Bon for the Doge Francesco Foscari who is depicted above the entryway in front of a Saint Mark's Lion (the statue is an eighteenth century copy that replaced the original which was destroyed during the uprisings of 1797).