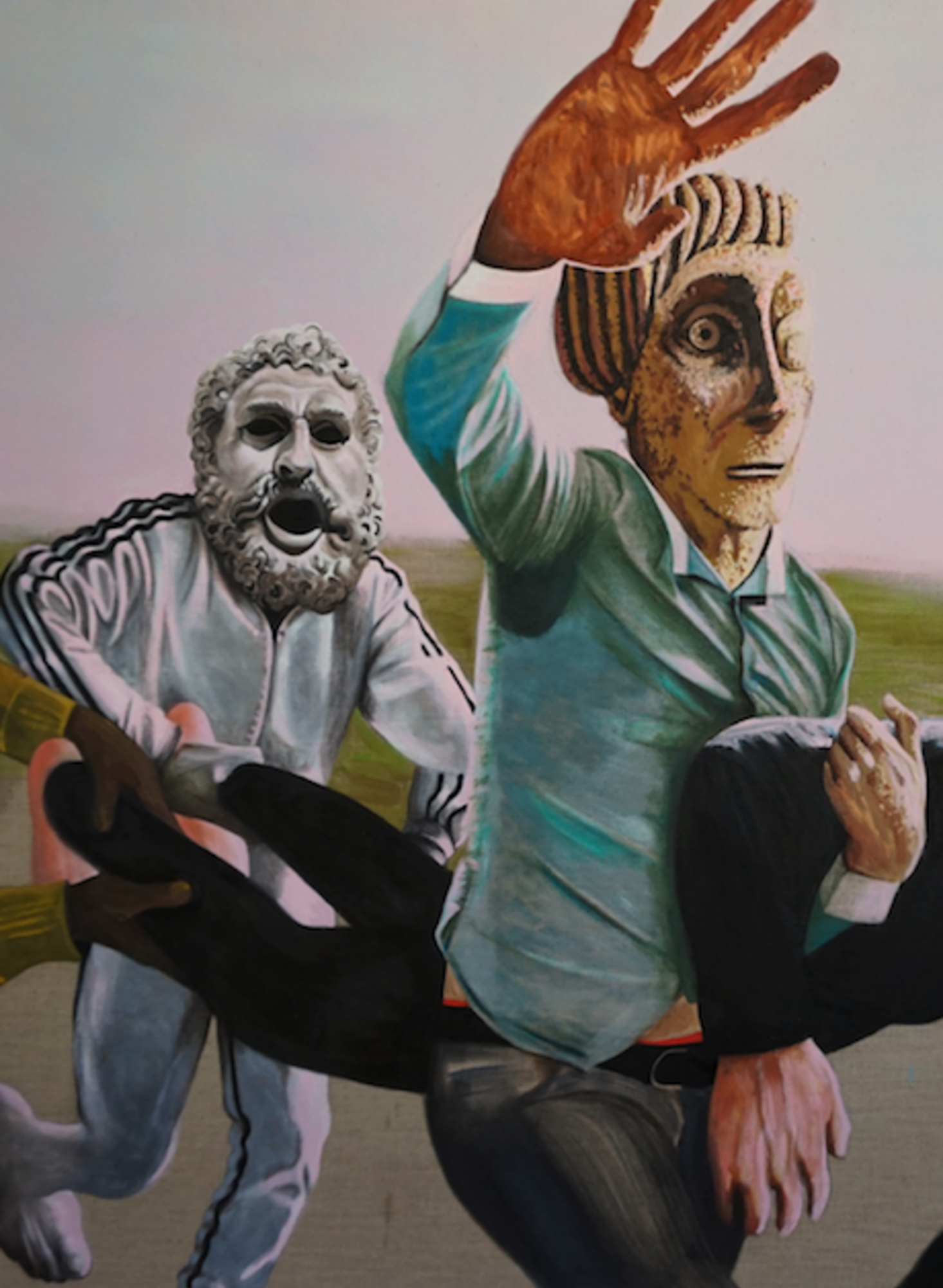 Born into an Afrikaner family, Ross grew up and formed in the balance between the Western culture of his ancestors and the African one that surrounds him, in a country still marked by apartheid violence. In 1987, Ross left South Africa for Europe on a journey that takes him back to the continent of his ancestors just as the drama of apartheid reaches its peak in his home country. The artist presents a selection of paintings made between 2018 and 2021 in which he explores pictorial languages, signs and symbolisms from different traditions and imaginaries. In Ross's work coexist the traces of a colonial past whose invasive and castrating legacy seems to be perceived as a ghost to be exorcised, but at the same time a constant cultural point of reference, which emerges in the images of Greek-Roman inspired busts and masks, in Michelangelo's obsession with drawing hands, in symbols such as the Trinacria, the Medusa, the cross or the shroud, which blend together with multiple visual suggestions from African and Asian cultures, especially Indo-Japanese.