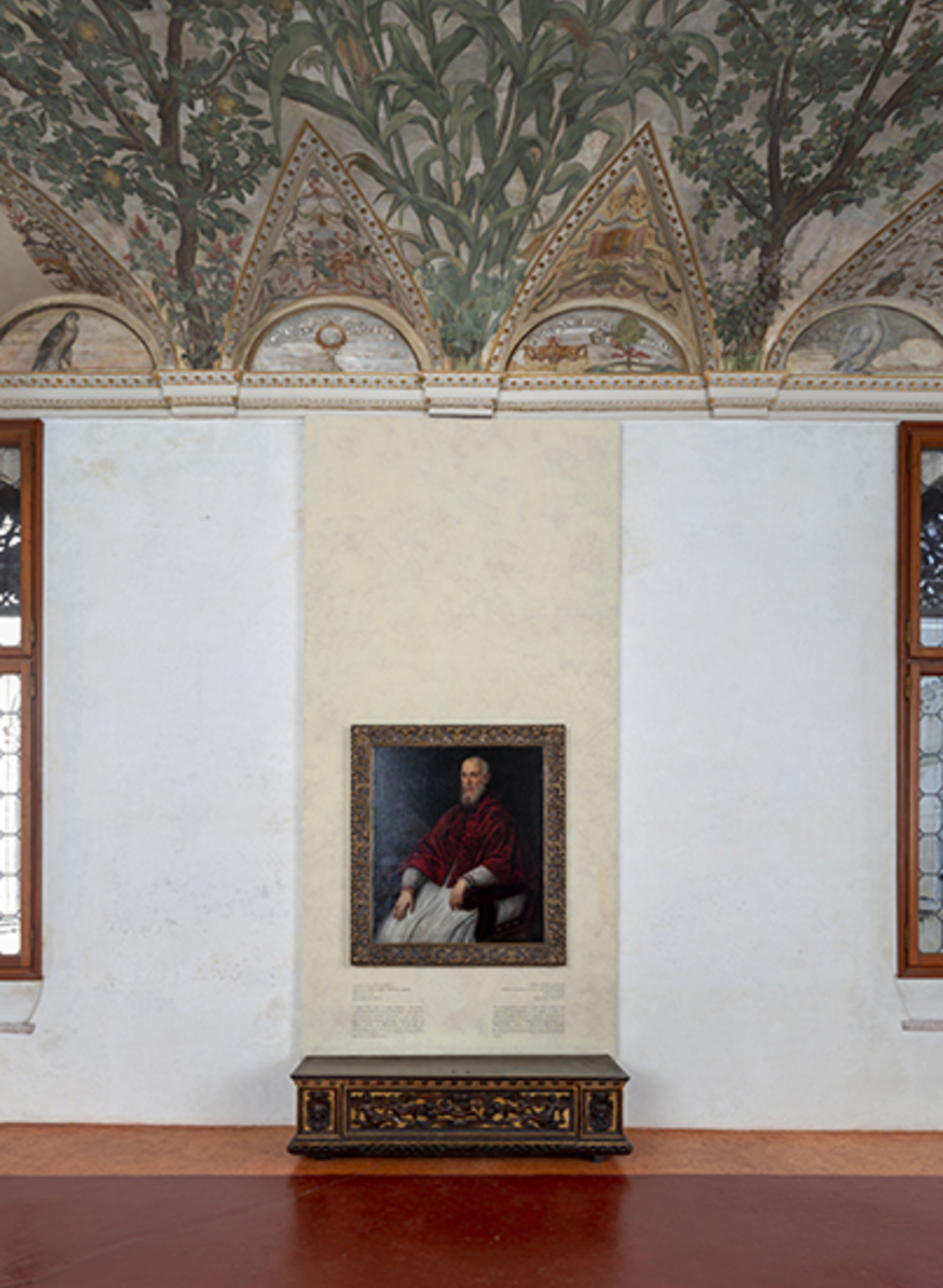 The painting, attributed to Domenico Tintoretto and dated at the beginning of the 17th century, depicts one of the most illustrious exponents of the Venetian patrician family, who was also Patriarch of Aquileia and to whom we owe the current layout of the building in Santa Maria Formosa and the collection of statuary preserved in the Tribuna. The work, donated to the State Museum of Palazzo Grimani by the Venetian Heritage Foundation, was placed in the Sala a Fogliami on the occasion of the exceptional exhibition that celebrates, after more than four centuries, the return to Palazzo Grimani of the collection of classical statues by Giovanni Grimani, and fills an important iconographic void, where until yesterday there was no representation of the man to whom the current appearance of the building is due, a precious rarity in the Lagoon city due to its architectural conformation that recalls the Roman Domus and models Renaissance of the papal city.